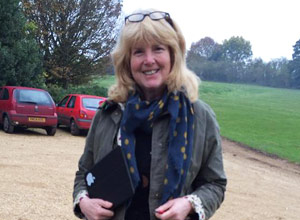 Before becoming a consultant, Judith had a diverse career during which she managed the Newlands Adventure Centre in the Lake District, worked as a marketing officer for Century Theatre (Touring), a local authority arts officer and as a fund-raiser and PR officer for various charities. Whilst with the National Trust, she planned and managed 150 events in the North West region to celebrate the Trust’s centenary. From 2000 to 2002 she job-shared (with Steve Green) the post of Head of Communications at the Countryside Council for Wales; during this time they established a new team to manage communications, education and interpretation, Judith’s achievements included managing the re-design of the organisation’s website (which won a Welsh Language Society Award), setting up an enquiry handling service, advising on the promotional campaign for open access in Wales. Marketing in arts sector and helping to establish Balchder Bro, the Local Heritage Initiative in Wales. She also has overseas experience from work on a marketing and fundraising strategy for the National Museums of Kenya.

At Bowles Green Limited, Judith has planned, managed and undertaken a wide range of research and consultation projects. Her work in the last year has included a count of visitors to woodland surrounding Durham Cathedral and Castle World Heritage Site and surveys of visitors and residents in Durham to guide audience development and access planning, stakeholder consultation and organising three workshops to guide a major sports events strategy for Cumbria, and consultation with sailing clubs to inform a feasibility study for a regatta in West Cumbria.

Her creativity and broad experience have brought a new dimension to many projects including a scoping study for the Lake District National Park Visitor Centre at Brockhole where she proposed a world class attraction built around the rain and water, which have had such an influence on the character of the Lake District. She is responsible for financial and office management at Bowles Green Limited.

Away from work, Judith is particularly interested in literature, travel, the arts and playing strategic board games.